Jinan: The City of Springs

With 72 famous springs, Jinan, the provincial capital of Shandong Province, is known as the “City of Springs” for the fact that its springs spread everywhere and its water is clear, sweet and pure. It is said that “half of Jinan’s beauty is represented by its wonderful springs”. Springs scattered across the city are akin to its soul, unceasingly nourishing every piece of land, and integrating into the city’s scenery and history. Then it is no wonder that Jinan has attracted generations of scholars who were either famous before their arrival, or established their reputations while residing here.

Springs of vigor and vitality 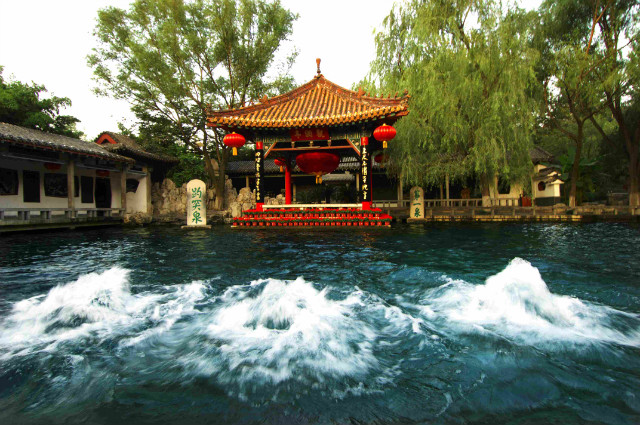 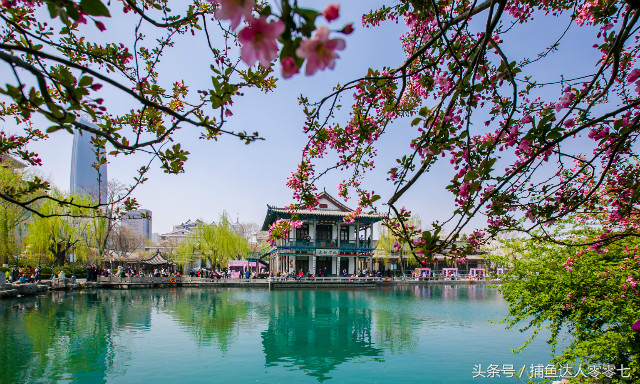 There is much talk of the 72 famous springs, and Baotu Spring holds the title thanks to alleged praise by the Emperor Kang Xi as being "best spring under heaven" during the Qing Dynasty (1636-1912). The so-called “Baotu” means “spouting”. The geographer Li Daoyuan during the Northern Wei Dynasty (386-533) wrote that “when the springhead gushes up, the water rolls like a wheel”. Baotu Spring has been a recurring subject of classic Chinese literature and has been written about by prominent writers, poets and philosophers such as Zeng Gong, Su Shi, Zhang Yanghao, Wang Shouren and Pu Songling.

As one of the prettiest springs of Baotu Spring Park, Shuyu Spring is a shallow pool whose bed consists of egg-shaped multi-colored cobblestones. It is rumored that Li Qingzhao, the famous female writer and poet of the Song Dynasty (960-1279), once have washed her face here. With such a rich cultural background, it comes as no surprise that Baotu Spring Park has become an ideal location for admirers of wonderful natural springs, culture and various constructions.

The water of the spring is divided into three strands, spouting day and night to a height of tens of feet at its best times. The water temperature remains about 18℃ all the year round, with a result that a cloud of mist often curls up over the spring on winter days, creating a landscape virtually emulating paradise.

Except the well-known Baotu Spring, the Black Tiger Spring is also a good destination. It is one of the four largest spring groups in Jinan together with Baotu Spring, Pearl Spring, and Five Dragon Pool. And it was named after the roaring sound the water makes as it splashes into the city moat from its three stone carved tiger heads. The babbling springs, originate from a naturally-formed cave, flow into the moat and river, in return, replenish the spring water. The surrounding rockery, corridors, pavilions, leafy trees and the sound of twittering birds also make it a beautiful natural resort. The pleasing view will refresh both your body and spirit.

Together with many springs, water bubbles up out of the ground and converges into the rivers and then flow into the Daming Lake. Fed by springs, the Daming Lake is praised as the “pearl of the city of springs.” Besides, Daming Lake shares the reputation of maintaining the lake water at a certain level throughout the entire year regardless of rainy or dry seasons.

Daming Lake is one of the three symbols and landmarks of Jinan City together with the Baotu Spring and the Thousand-Buddha Hill. Six islets scatter in the lake. You can rent a boat to paddle around between the lotus flowers or relax at the park's Taoist temple. Boats drifting on glistening water, birds flying overhead, fishes swimming under ripples, emerald-green lotus leaves, blooming lotus flowers with delicate fragrance, and weeping willows on the banks, all make a superb fascinating picture, attracting countless tourists. In 13 Century, the Italian traveler Mark Polo marveled here as “what a beautiful landscape of lake and rocks”. Daming Lake  impresses traveler not only with the natural view around the lake area, but cultural buildings and relics. In the center of the lake perches the Lixia Pavilion, upon which a horizontal scroll written by an ancient emperor hangs.

■ Best Time to Visit: From September to November

Harmony between man and springs

Normally, not many cities in north China are endowed with such a great number of springs. Why there are so many springs in Jinan? Because it is mainly associated with the geological structure of Jinan. Surrounded by mountains on three sides, Jinan is located on a basin-like land with rich underground water resources. Mountains here are formed by limestone, and the underground of plains is magmatic rocks. There are gaps, cracks and caves in limestone, which is capable of storing and transporting groundwater. Then the groundwater flow along the inclined limestone layers, which becomes the origin of spring water of Jinan.

Nourished by springs for years, a galaxy of outstanding people come forward in Jinan. Many famous people including the founder of the traditional Chinese medical science Bian Que, the important official of Tang Dynasty (618-907) Pang Xuanling, and the literary magnate of Tang Dynasty Li Bai had once been or lived there. Numerous poems and pieces of prose eulogizing the springs have been left behind by generations of writers.

Other than amazing scenery and cultural relics, a delicious spring water feast is also one of the highlights of the trip to Jinan. Local cooking style belongs to the Lu Cuisine that takes the lead in terms of influence and cultural profundity. 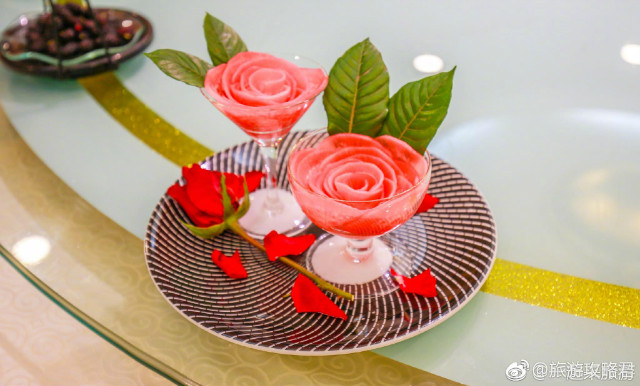 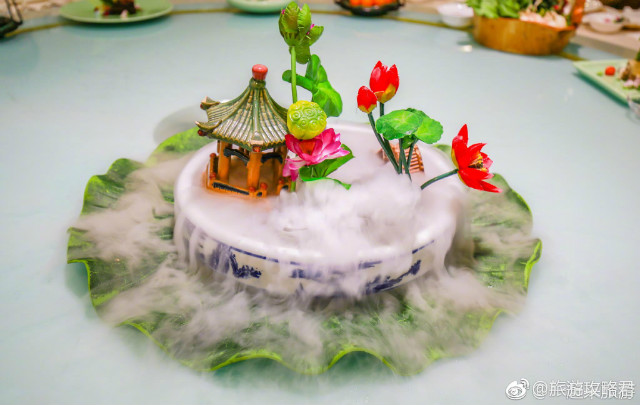 Over the centuries, springs come as no surprise that have played an irreplaceable role in people’s life in Jinan, with such forms as bathing, drinking tea made from the natural spring water, or even the famous winter swimming festival. In Jinan, residents believe that the sweetness of the water makes it perfect for brewing tea. The Baotu Spring Park is also home to a number of temples and tea pavilions, making it a pleasant destination for a leisurely stroll. Pavilions and courtyards in the park are also host to musical performances, stalls selling various wares and locals gathered around a table for a game of cards or mahjong. At times, the locals get together around the pool bailing the spring water, which is also a unique sight. In the late afternoon you will often see the locals hanging out here with their feet in the water.