A Magnificent Wonder of Nature in Leye

Guangxi, a famous tourist destination for its unique landform known as karst topography, is highly praised as the most beautiful place by many literary magnates. There are not only tens of thousands of green hills towering into the sky, as well as crystal-clear rivers with the color of emerald, but also the little known “Tiankeng” (a Chinese term meaning karst doline) found in Leye County, Baise City, Guangxi. A trip to Leye is worth if you are interested in mysteries since your childhood. It is not exaggerating to say that traveling in Leye is like entering a mysterious and distant world. 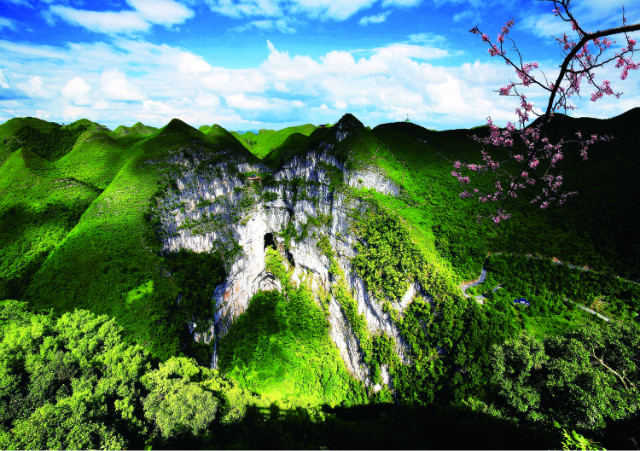 Eyes of the earth

Bordering Vietnam on the south, Leye County, Baise City was a little known hillside county until the international expedition team explored and discovered a cluster of previously unknown Tiankeng. It looks like a huge funnel hiding among the high mountains and lofty hills. Someone said it should be the eye of the earth. What a magnificent creation of nature it is!

So far, scientists have found over 20 big ones of different types in this area, which is the largest group in the world. These dolines are rare, unique, dangerously steep, magnificent, glorious, elegant and with great value because of its unique environment. Hence, Leye Tiankeng was reputed as the “Museum of Tiankeng” and the holy land of the karst landscape. A fossil cave was also discovered nearby. In 2002, a research team assembled by 50 members from 9 countries undertook a full exploration of these dolines.

Tiankeng refers to the large vertical-sided collapsed doline that was formed over millions of years ago caused by some unusual geological movements. Underground rivers have eroded caverns whose roofs later collapsed, leaving behind large circular depressions among the mountains. Experts claim that Leye Tiankeng is distinguished from others in terms of a well-supplied subterranean river and a dense forest underneath.

As a true wonder of geography, Dashiwei Tiankeng in Leye is the deepest and most spacious of its kind in the world and yet has only been known to the outside world since 1998. Chuandong Tiankeng is polygonal and surrounded by six mountain peaks. The Chuandong Cave is directly connected to the bottom of this Tiankeng in the southwest, hence its name. Baidong Tiankeng is named for its white cliff on the north side. Baidong Tiankeng has an almost circular entrance surrounded by cliffs. At the bottom of Baidong Tiankeng, there is a dense forest, including ornamental square bamboo. Baidong Tiankeng, Baidong Cave and Maoqidong Cave together with Baidong Underground River form a vivid model of Tiankeng’s evolution, which is valuable for scientific research, exploration and sightseeing. Shenmu Tiankeng, formed among depressions and peaks, is partially collapsed, forming two triangular cliffs on its west and north sides. There are accumulations of collapsed rock at the bottom, which indicates that the early underground river failed to promptly move collapsed rocks when the Tiankeng formed. Besides, Maoqidong Cave, Dengjiatuo Tiankeng, Datuo Tiankeng, Sujia Tiankeng, Yanzi Tiankeng and so on are also extremely impressive, which will take your breath away.

In mountainous Leye County, it often rains in July and the underground lakes swell, making it a dangerous time to explore the dolines. You should avoid going downhill in rainy season in case mudslides block off the exit route. If you want to make a Tiankeng tour, arm yourself with some common knowledge of the geography and geology of this area, undergo the required training, buy all necessary equipment and cultivate good mental qualities. 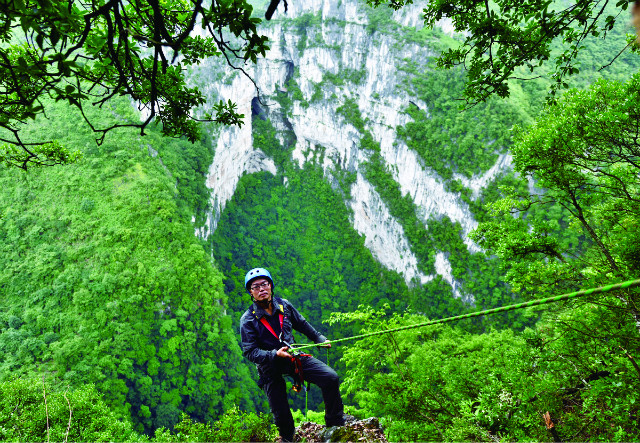 An exploration into Leye Tiankeng is intensely rewarding, but it is not for the fainthearted people. The most attractive part of Tiankeng exploration is the unknown. Unlike climbers, Tiankeng explorers don't know what's ahead, which can make the activity much more thrilling. Before your exploration, you should keep your family informed of your plans, about your companions and about the time you enter the cave. You should have at least two partners.

To explore the karst dolines, you can start from the Dashiwei Tiankeng, the most famous and most visited. Taking a bus from Leye County to the scenic area would be a good choice. The tour bus will give glimpses of rims and walls of the various karst dolines. The paths are lined with blackberries while the sound of cuckoos and cowbells echoes away into the distance. If you go up the mountainous path in the early morning, you will see piercing sunlight and drifting clouds that turn the skyline into a huge ink-wash painting. On the cliff, you will find that it is not as barren as what you thought, but it is filled with shrubs, towering trees and rare plant species.

The best view is always at the highest peak. To get the best vista point of Dashiwei Tiankeng, you need to tramp over hills and dales! Standing on the top of the west peak of Dashiwei Tiankeng, you will feel that the white clouds are just above your head. Looking down at the bottom, the cliffs around will make you feel like flying in the sky. After enjoying the surrounding views, then you can go down into a steep cave tunnel which widened and then ended at an enormous window in the side of the karst doline. The window is a dead end, so you have to climb back through the tunnel-like entrance. If you had never experienced such a dynamic and beautiful subterranean world, you will be excited. The virgin forest at the bottom is home to varieties of plants and rare species such as blindfish, crab, shrimp and flying squirrel. The vegetations in the bottom of the Tiankeng is not only a gene bank but also provides worthy materials for scientific research of the environment and weather in ancient times. But so far, only scientists are allowed to get down to the bottom to preserve the original ecosystem. 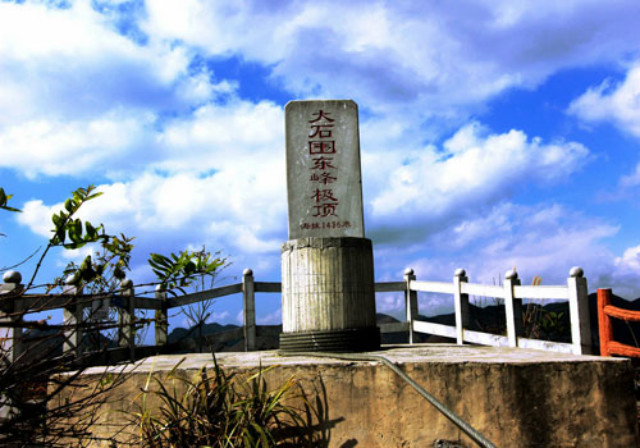 After exploring the Dashiwei Tiankeng, you can move to the Buliu River Valley. It is honored as the "Vegetable Kingdom and Bird's Paradise". Buliu River is an attraction for drifting and sightseeing that tourists from far and near yearn for most. When taking a bamboo raft and drifting downstream along the river, you can see a natural stone arch bridge located here, which is called "Fairy Bridge" by local people. Like a giant dragon, the bridge crosses over the river, creating a natural and magnificant view. It is the largest and most beautiful natural bridge over the river in the world and it has extremely high ornamental value.