A Glimpse of Guangxi's Bamboo Weaving

In Chinese culture, bamboo is a paragon of modesty, steadfastness, moral integrity and other qualities that ancient literati eulogized and aspired to. Yet the symbolism of bamboo accepted by Chinese never remains there. It also expresses folks' wishes for happiness, peace and longevity. Out of a reverential affection for it, people have been trying to tap into bamboo and bamboo weaving, an ingenious technique that had chipped away at the ingrained approach to bamboo wares, enriched the repertoire of bamboo products.

Worship of Bamboo in Guangxi

Guangxi natives’ love of bamboo weaving and bamboo products is nothing recent; instead, it has much to do with the worship of bamboo tracing back to remote antiquity.

Guangxi’s humid atmosphere represents a boon to bamboo, so people here have been living with stands of bamboo from the very start and then came the incremental affection toward it in the discovery of its uses. For example, people sourced their fence materials from spiny bamboo and it did keep perpetrators and beasts at bay so that bamboo was made sacred in myths and worshiped as a god of protection. 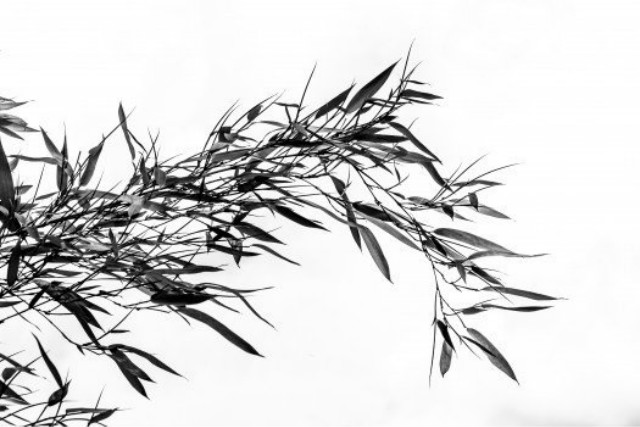 Beyond that, the weaponized application of bamboo has also been supportive of heightening bamboo divinely. The History of the Song Dynasty (960-1279) gives an account of Nandan’s chieftain Mo Shiren’s tribute of bamboo bows and arrows to the Emperor Renzong of Song as a token of submission. It can be seen that bamboo was highly valued then, and the reason why it appeared in literary works as magic weapons is not far to seek. As people continued to identify new uses, the human-bamboo ties grew ever closer and nudged people into working on myths in relation to it.

Bamboo’s rise to totem is also attributed to, besides the mentioned, its fertility and growth rate. Since paucity of manpower stood to drag down socioeconomic development in ancient times, the fast-growing bamboo with high fecundity naturally became what ancient people of Guangxi, who was eager to extend their family yet without much to resort to, made fetish of.

Guangxi is home to dozens of minority ethnic groups as it was in days of yore, and inevitably, bamboo weaving, a technique that keeps afloat as always, has been branded with ethnic cultures differing it from those cradled in other regions. People of various minorities sparked off great ideas to the advantage of their life and work and managed to bring these conceptual bamboo products into reality. Many of them are laudably ingenious.

The sickle basket invented by the Miao people is a case in point. The baskets usually have two types of bottoms applying to two scenarios: the ones with arch-like bottoms can be tied to belt when farmers toil on fields; the others with flat bottoms are enabling shaped to stand on the ground.

All the more delicate is woven-bamboo “painting”, another brainchild of Miao. This artistic form should be dealt with extreme meticulousness as required in embroidery. More specifically, woven-bamboo “paintings” are made when bamboo strips or filaments, following nimble fingers, interweave to produce elegant patterns descriptive of architectural style, landscape, slice-of-life moments and other motifs steeped in Miao ethnic culture. Making woven-bamboo “paintings” is arguably energy-consuming. Jia Xiping, a brilliant Guangxi-based artisan working with bamboo threads, told that the toughest nut to crack is to make a portrait as the tiniest details, say, to what extent the eyelash shall be crooked, ought to be attended to.

There are many more creative woven bamboo products invented by other minorities in Guangxi, almost found in every aspect of people’s life that ranges from furniture to tools. Bamboo weaving is an old technique though, people in Guangxi are assiduously improving it while developing trendy products. That may explain why this technique is still buoyant.

Unique workmanship in the crafting process 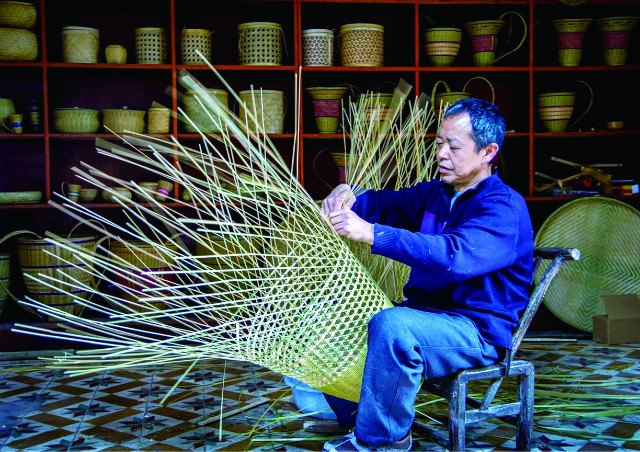 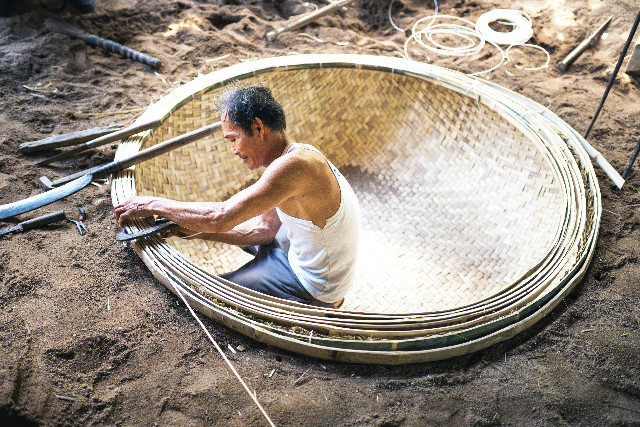 The first step of the whole bamboo weaving process is to select the right bamboo according to people’s needs, because different kinds of bamboo can be used to produce different crafts or tools. Then after felling the bamboo, they will use a special knife called Miedao to split bamboo into thin strips. This is preliminary yet important. And after they use a slicker to scrape off the surface of the strips, boiling is required to finalize the shape, soften the thin strips and avoid cracking. The strips also go through a plane to ensure the same thickness and through a conduit to ensure the same width.

Having gone through the steps above, artisans would set about weaving. Basically, the process of bamboo weaving consists of three main steps including the foundation, weaving and closing. And the weaving is normally based on the warp and weft weaving method. There are other skills including inserting, penetration, whittling and closing, so as to make different fine crafts. Moreover, to make colorful and exquisite bamboo weaving crafts, people often dye or paint some beautiful designs on the bamboo strips or filaments to satisfy people’s demand for aesthetic sense. 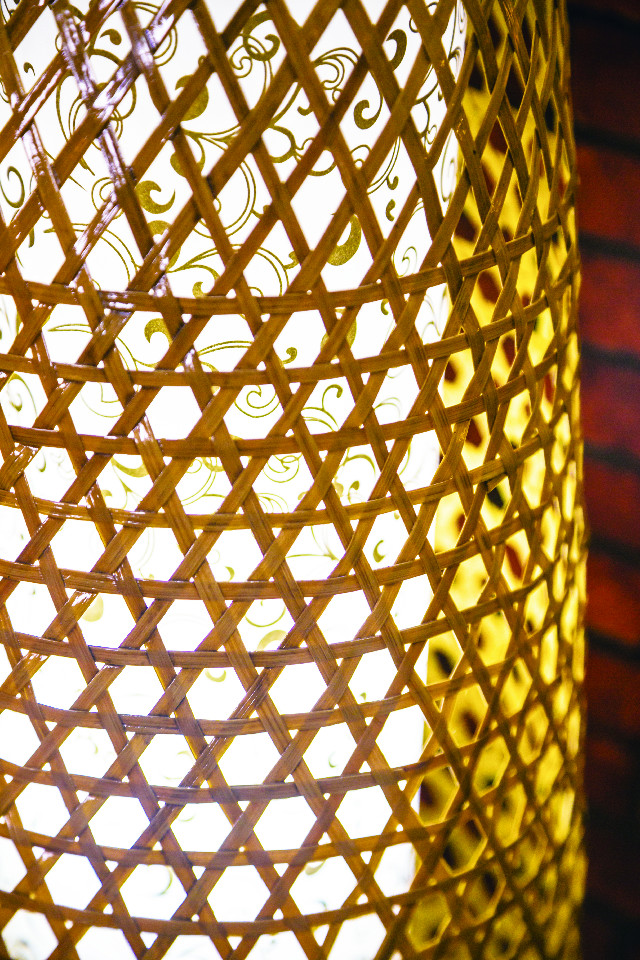 The rapid generation and short growth period give bamboo the characteristic of continuous utilization. With abundant bamboo resource, Guangxi should take full advantage of it to revive the bamboo weaving industry. We can use the original material and skills to design diversified bamboo products with local characteristics, giving full play of the sustainable and ecological value of bamboo. In order to pass down this traditional art from generation to generation, we have to restructure the development model for bamboo weaving products and attract more attention on the bamboo weaving conservation. But in recent years, there are some new bamboo weaves with practical use and aesthetic functions appearing in different sectors. For example, in the fashion industry, those who live in cities would like to hold a bamboo basket when walking through the skyscrapers, since it might be a way of returning to a rural life.

(By Cen Haobin and Ren Danhua)