Are you tired of the daily chores or burdened by your heavy workload? Now treat yourself with a short trip to Jiangshan Peninsula! Reputed as the “tourist destination and sports paradise”, Guangxi’s Jiangshan Peninsula Tourism Resort integrates sightseeing, sports and leisure. Due to its special shape that resembles the head of a dragon, it is also called the Bailong Peninsula by the locals. Many tourism sites such as Yueliang Bay and Qishi Beach offer an ideal holiday resort. For outdoor enthusiasts, these are many stirring views that you wouldn’t want to miss! 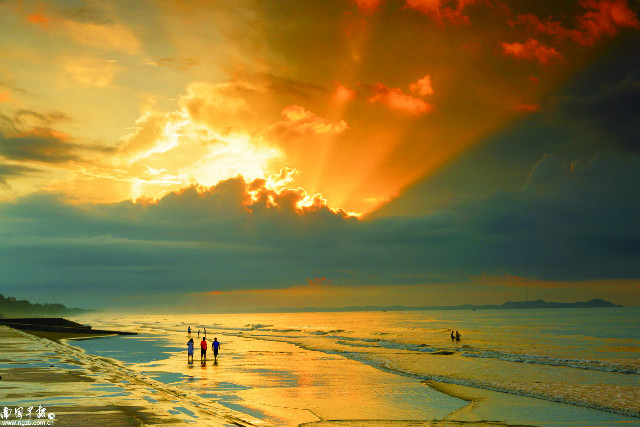 Jiangshan Peninsula, situated in the core area of the Beibu Gulf, is the largest peninsula in Guangxi that integrates the major characteristics of tourism, such as mountains, sea, ancient culture, ethnic groups and border areas. Jiangshan Peninsula has a long coastline with many tourist attractions, such as Bailang Beach, Qishi Beach and Bailong Fortress, thus earning the reputation as “China’s Most Beautiful Recreational Resort”. 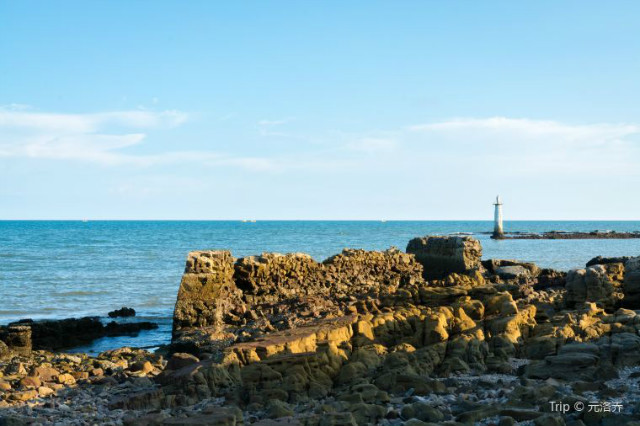 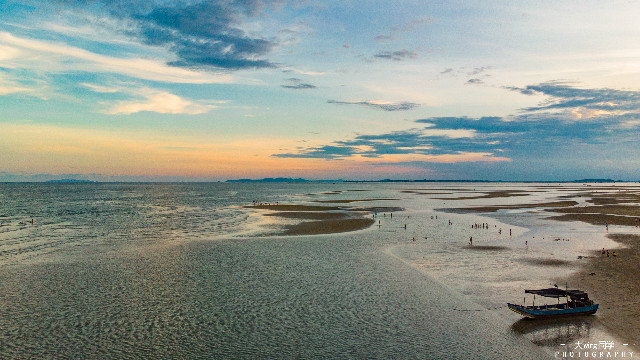 Thanks to the agreeable subtropical marine climate, Jiangshan Peninsula has neither severe coldness in winter nor intense heat in summer. Instead, it will give a feeling of living in spring all the year round, with up to nine months in a year suitable for outdoor activities and tourism.

The sound ecological environment is the name card of Jiangshan Peninsula, which features green mountains, blue sea and sunny beach, where sands are yellowish, white and black. Lying in the southeastern part of the Jiangshan Peninsula in Fangchenggang, Bailang Beach is one of the most popular beaches in the area. Combined with the occasional surging waves, dark brown sand, the unique shades of the sea, ranging from dark to light, are very distinctive. Because the beach is flat, it is often seen that rows of white waves roll up, forming an overwhelming scene, hence its name. The rich titanium in the sands makes the Bailang Beach take on the colors of black and white. Titanium can be used for cosmetic purposes after acidolysis and hydrolysis, so many tourists may dig a hole on the beach and have their bodies buried in it. In doing so, the perspiration from human bodies can catalyze the reaction of titanium and oxygen to achieve the simplest and the most direct skin whitening. 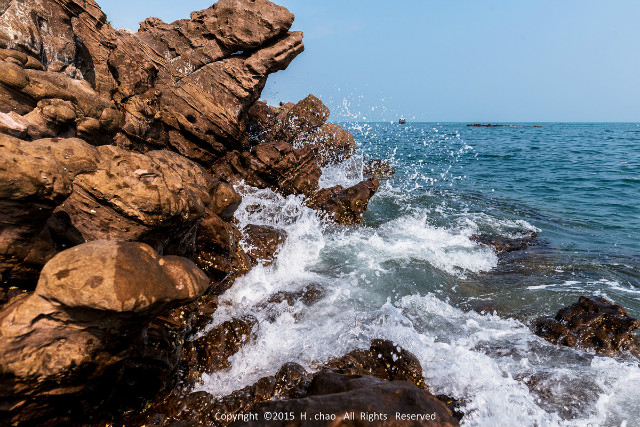 Seated at the southern end of Jiangshan Peninsula and the foot of Dengjia Mountain, Qishi Beach got its name from the red cliffs in various forms and shapes that have gone through thousands of years of sea abrasion. Chinese tourists also call the scene “Marine Red Cliffs” to compare it with the famous red cliffs along the Yangtze River mentioned in many ancient literary works. The rocks of the beach are in different forms such as monsters, trees, battle arrays, or labyrinths and vividly illustrate the scenes in people’s imagination. The spectacular scene of the tide rising over the beach is also amazing, which may bring to mind the verses of Su Shi, a great ancient Chinese poet in the Northern Song Dynasty (960-1127). The Dengjia Mountain serves as the best place for watching sunrise and sunset, attracting numerous shutterbugs. Due to its natural landscape and seascape, plus the saying “seas run dry and rocks crumble” that implies everlasting love, Qishi Beach so far has been one of the most popular spots for taking romantic wedding photos in China.

Ancient guardian of the sea

The Bailong Fortress is one of the oldest military facilities on the southernmost coast of China that witnessed the history of Chinese people’s fight against foreign invasion and defense of national sovereignty. Since the Opium Wars between China and the Western powers from 1842 to 1860, the coastal areas of Jiangshan Peninsula and Jiangping Town had been harassed by the French forces. To defend the sea borders, the Chinese government built four fortresses on the four hills with cannons set up in 1887. Named Longzhen Fort, Bailong Fortress, Longxiang Fort, and Genkeng Fort respectively, the four fortresses face each other over the vast Beibu Gulf, which would provide joint firing power against invasion from the sea. The Bailong Fortress and the Stone Turtle Fortress located on Qisha Peninsula is renowned together as “turtle and dragon guarding the sea”.

As the only ancient sea canal in China, the 10-kilometer Tanpeng Canal runs across Jiangshan Peninsula connecting Fangchenggang and the Pearl Bay, and is navigable when the sea tides are rising. The construction of the canal was started during the Eastern Han Dynasty (25-220), but not completed until Gao Pian, a governor in the Tang Dynasty (618-907) had the project reopened in the year 860. After completed, the canal had “made the traffic without hindrance by boat” between Fangchenggang and the Pearl Bay since its operation. The engineering work was so giant and formidable that it was believed to be the masterpiece of supernatural beings by local people, therefore the canal is also known as “Celestial Power Distance” or “Ridge of Immortals”. Besides, there are many inscriptions recording the history of the canal that have experienced centuries of erosion.

■ Shijiao Mangrove Natural Reserve: Located on the west bank of the Jiangshan Peninsula, it is an important part of the Beilun River Estuary National Nature Reserve. Mangrove is a unique sea plant that can protect the coast, and withstand storm surges, wind and embankments.

■ Yueliang Bay: It is named because of its shape resembling the moon. It is divided into three bays, all of which are half-moon shaped. With soft sands and clean beach, it is an ideal place for swimming, water-playing, sea-watching and other leisure activities.

■ Baisha Bay: Located in the south-central part of the Jiangshan Peninsula, it is named for its beach color. There are red coral, well-protected coniferous forests, cactus and other landscapes.

■ Zhenzhu Bay: The Book of the Later Han Dynasty (25-220) recorded that this place produced no grains but jewelry such as pearl. The pearls produced here are famous for their round grains, firm grains and brilliant colors.